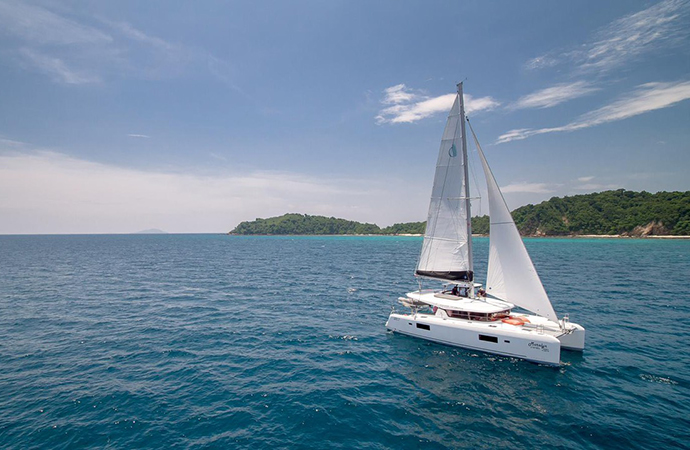 If ever there was a reason to pack your bags and head to Southeast Asia, the region’s calendar of cultural and religious festivals is certainly on the top of that list. It’s no secret that a well-planned departure date to Vietnam, Cambodia, Thailand, Laos and Myanmar promises quite the cultural experience. Between dodging water-gun wielding monks for Thailand’s Songkran Festival and watching the skies light up for Chiang Mai’s Yi Peng Festival of Lights, it’s hard to find a region with more fascinating celebrations than Southeast Asia.

But some festivals in the region have remained somewhat under the radar since they aren’t celebrated nationally, but only within smaller ethnic minority communities. Regardless, planning a trip to include these lesser known celebrations could be a cultural experience that not even the most famous festivals could rival.

That’s part of why the Absolute Asia Tours’ team loves experiencing H’mong New Year (or Noj Peb Caug) with our travellers during late November and early December. It’s one of the most authentic and truly unique experiences you can have in many of our destinations. Plus, it gives you an up-close look at the spiritual and cultural undertones that shape H’mong communities in Laos and Vietnam. Experiencing them in the destinations that they are celebrated is just another way to get off the beaten track and closer to locals.

But if you’re still on the fence about making the trek to Vietnam and Laos for the H’mong New Year, perhaps these fascinating festival elements will convince you (since they certainly convinced us).

Like any great celebration, one of the most important elements of H’mong New Year is food. So central is the theme of feasting to H’mong New Year that locals consume far more than the usual lineup of breakfast, lunch and dinner. Instead, it’s customary to eat 10 dishes during each of the festival’s three days – bringing the total to 30 dishes in only 72 hours!

Eating is so important to the festival that even its name is derived from the theme of feasting, with ‘Noj Peb Caug’ meaning “eat thirty”. This feasting is usually done within the homes of H’mong families, but even travellers to areas in Laos and Vietnam with H’mong villages might be able to get a taste of what the festival fare is like.

2. Dressing to the Nines

During the time leading up to and following the festival, H’mong women are at their best dressed. Rather than donning the more simple traditional H’mong skirts, Noj Peb Caug is traditionally a time for women to wear much more ornate and complex skirts and dresses. In rural communities where women still stitch their own clothes by hand, that means that the New Year is also a time for locals to stitch their most elaborate clothes of the year.

If you arrive in H’mong communities in the weeks leading up to the New Year, you might catch a glimpse of local women creating these beautiful traditional skirts by hand. Some workshops and cultural centres, like Luang Prabang’s Ok Pop Tok centre, even have places where travellers can see how these skirts are made using simple tools and hand looms. It’s also a great way to find out where to see New Year festivities up close – just follow the women in beautiful dresses!

It’s not a true festival without plenty of music, and H’mong New Year is no different. Between traditional feasting and prayer, Noj Peb Caug is a season when song and dance take centre stage. Known as “Tsu Hauv Toj”, the celebrations during New Year usually are community wide and include ox fighting, spinning top races, crossbow demonstrations and folk songs.

With singing and music central to H’mong culture, this is one of the best times to year traditional music played on reed pipes, teun flute and leaf instruments. These songs are usually well known throughout the entire community, so it’s not uncommon to hear entire communities singing traditional H’mong folk songs together in perfect harmony.

Children (and the young at heart) have plenty to look forward to during H’mong New Year, with some of the communities’ most loved traditional games part of the “Tsu Hauv Toj” celebration during the festival. In places like Luang Prabang, even guests and travellers are welcome to participate in traditional games like darts, slingshot competitions and gambling with oversized dice – but perhaps the most entertaining and decidedly musical game of the festival is “Pov Pob”.

During the game, boys and girls from a collection of tribes form two lines and face each other. The object of the game is the throw a fabric ball to the person opposite, but never to throw to someone of the same sex or the same clan. When a player drops the ball, their penalty is to bestow a personal item to the opposing team. The only way to get it back is to serenade them with love songs. Travellers could very well catch a glimpse at the games if they are in rural communities during the festival, and might even get to watch as local children sing traditional songs!

First and foremost, the New Year is a time for H’mong communities to celebrate and give thanks for successful harvests in the year previous, and pray for successful years to come. Central to this belief is ancestral worship, which plays a significant role in the festival. In local H’mong homes, families will invite Shamans into their homes to lead prayer and sacrifice that aims to invite the wandering ancestors back into the homes of their loved ones.

In some rural villages, the culmination of the New Year is marked with a procession called “Ntoo Xeeb” that promotes the welfare of not just individual families, but the entire village. With offerings of tea and rice wine to four kinds of forest spirits, “Ntoo Xeeb” is held in sacred locations within rural villages and attended only be heads of household. While travellers might not catch a glimpse at these more secretive processions, a visit to a local home during a homestay might mean a chance to see these ornate ancestral altars and shrines up close.

Make a visit to local villages during H’mong New Year part of your journey through Laos and Vietnam with Absolute Asia Tours. See how to travel with us by clicking here!