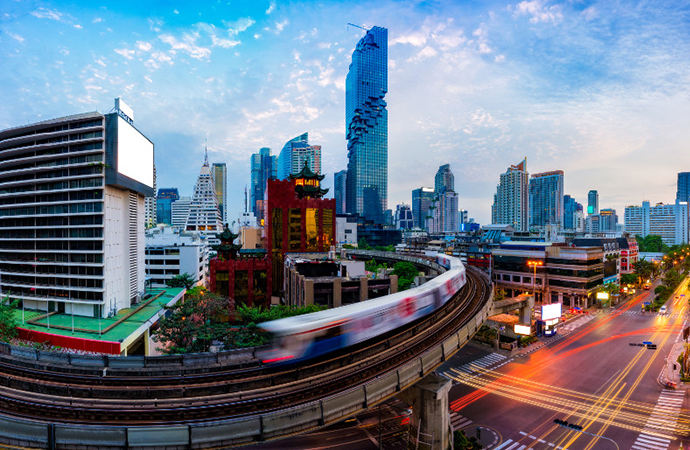 Southeast Asia is home not only to some of the world’s most fascinating cultures and people, but also to some of the most intriguing, fearsome and downright bizarre nature and wildlife on the globe.

Yet, like many of the world’s wildlife species, southeast Asia’s original inhabitants and their natural habitats are quickly disappearing. Luckily, much of the region’s incredible scenery and landscapes have come under the protection of worldwide conservation organizations, with much of the wildlife also enjoying the same protections within the borders of national parks and maritime areas. For those looking to venture out of the urban centers, southeast Asia promises a chance to meet some of its more mysterious inhabitants, and see wildlife living in lush jungles, rolling hills and crystal waters. Here are some of the creatures that shouldn’t be missed, and where you can find them.

Where to find it: In a 118-mile stretch of the Mekong River between Cambodia and Laos

This friendly water mammal is one of the most endangered in southeast Asian waters, with only 78 to 91 individuals estimated to be still present in this small stretch of water. Its rounded head and short nose makes it one of the most unique looking animals found in this region, and for the Khmer and Laos people, the Irrawaddy Dolphin is a sacred animal on which many dolphin watching ecotourism companies rely. The quickly disappearing mammal is a crucial member of the Mekong River family, and its presence helps keep in balance the river’s some 1,100 species of fish.

Where to find it: Throughout southeast Asia, including a large population in the Nam Et-Phou Louey National Protected Area in Northern Laos

This medium sized jungle cat is just one of many species in southeast Asia, and can grow to be about 16 kilograms. They often live in subtropical areas with varied rocky terrain, but in Laos, are found in bamboo regrowth, scrub and degraded forest from the Mekong plains. Highly territorial and solitary, these animals are usually found hiding in the forest floor, but can climb trees when necessary. Their habitat is quickly disappearing, with southeast Asian forests that it calls its home the quickest destroyed regionally in the world.

Where to find it: Only in the Annamite Range of Vietnam and Laos

For years, this “Asian unicorn” was believed to be completely extinct. But in September of 2013, one was photographed by wildlife photographers in the Annamite region, and reignited efforts to bring the species back from extinction. Found in forested areas, the Saola is actually a bovine, and is closely related to cattle, goats and antelopes. The Saola is also one of the rarest mammals in the world. You can see more of Laos’ precious wildlife on our Nam Ner Safari 3 day tour through the jungles of Phou Louey National Protected Area!

Where to find it: Waters throughout southeast Asia, with many sightings near Con Dao Archipelago in Vietnam

This bizarre water mammal is a close relative to the manatee, but is actually the last remaining member of the Dugongidae family. Its closest relatives have been hunted to extinction, with the dugong also facing plummeting species numbers thanks to hunters targeting them for their meat and oil. The dugong’s massive fusiform body can grow to be over a ton, but given its lack of a dorsal fin and its strangely tapered body, is one of the friendliest looking water mammals found in Southeast Asia.

Where to find it: In a small area along the Khwae Noi River, in Sai Yok National Park and Kanchanaburi Province in western Thailand, with new populations reported in Myanmar

This tiny winged creature, also known as the Kitti hog-nosed bat, is the smallest mammal in the world, weighing in at only 2 grams and a wingspan of only 3 inches. Often found hiding in limestone caves, they are only active at dusk, at which time they are found flying between bamboo clumps and tree trunks. They feed on insects and roots, and are even able to feed on insects while in flight. Since they are difficult to follow, little is known about their mating habits, but their populations are now protected in parts of Thailand due to its disappearing numbers. See if you can spot one on our Community and Wildlife Experience 12 days tour of the Thai wilderness!

Travel to the farthest corners of Southeast Asia to explore the wildlife with Absolute Asia Tours. Check out our Adventure and Off the Beaten Track tours throughout the region and book an epic adventure with us today!