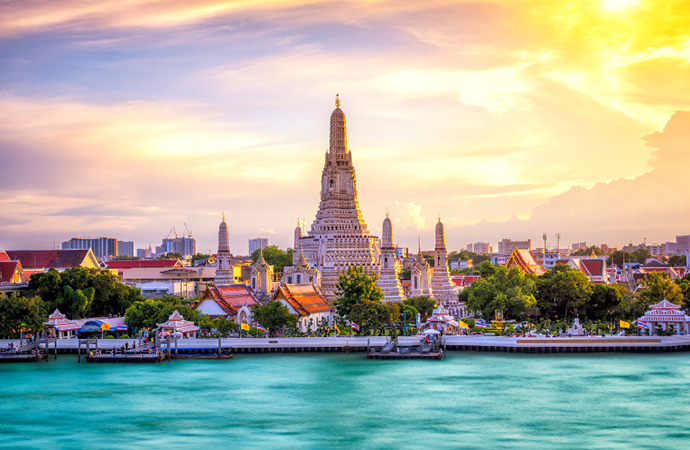 Where to travel in Thailand

Where to travel in Thailand

As one of the most popular tourist destinations in the world, Thailand has something for everyone with its rich culture and exotic adventures. Whether you are there to relax on one of the stunning beaches in the south, trek through the northern jungle or indulge in sumptuous cuisine in the bustling capital city, the ‘Land of Smiles’ is the perfect holiday destination.

No visit to Thailand would be complete without a fun-filled few days in Bangkok. In 2018, the city was ranked sixth on a list of the 10 most travelled destinations in the world according to CNN Travel, just after cities such as Paris or Las Vegas. Bangkok is also the only Asian city standing in the top 10 most travelled destinations. In 2019, Trip Advisor’s travellers voted Bangkok as one of the top 25 destinations in the world in TripAdvisor’s 2019 Choice Awards. Bangkok is a crazy, chaotic city filled with traffic, temples and terrific food. Visitors can cruise the canals jumping on and off long-tail boats and explore the city’s remarkable landmarks such as the Grand Palace, Wat Po, Wat Arun and the Emerald Buddha. Two of the most popular activities are learning to cook exotic dishes in one of the many schools and shopping in the local markets such as Chatuchak , the world’s largest weekend market with 15,000 stalls. At night, the city comes alive with an abundance of world class dining options, hip roof top destinations and fun street bars created from decked-out classic VW campervans in the areas of Sukhumvit and Silom. 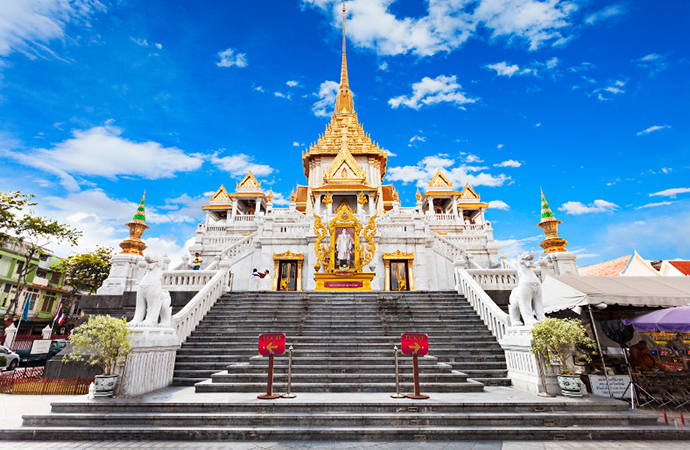 Travelling north to the ancient walled city of Chiang Mai, the capital and transport centre of Northern Thailand. Also voted as one of the top travel destinations in the TripAdvisor 2019 Choice Awards, Chiang Mai has its fair share of remarkable sights including the most sacred place in the city Doi Suthep Temple. Become a culinary king in one of the cooking schools highlighting regional flavours or venture into the jungle that sits right on Chiang Mai’s doorstep, perfect for swimming in waterfalls, bamboo rafting down rivers and elephant trekking.

Bordered by Laos and Cambodia in the north east of Thailand is the Isaan region, one of the least visited yet most intriguing places, making it a refreshing stray from the usual beach and jungle favourites. Home to lush mountainous landscape and an abundance of ancient ruins, this fascinating region unveils the country’s traditions and customs, giving visitors a deeper insight into Thai culture. Explore ancient cities and their wealth of Khmer and Hindu temples, step off the beaten track to see paintings in pre-historic caves and visit remote villages to learn about life in the region directly from the locals.

For those heading south to the islands, a popular stop along the way is in Khao Sok National Park. Visiting a national park in Thailand is billed as one of the top ten things to do by Wanderlust and Tourism Thailand. Khao Sok is one of the oldest primary rain forests in the world, it is filled with elephants, gibbons, bears, langur monkeys and a rare tiger or two. Sleep in boutique camps nestled on the banks of a river, perfect for a refreshing morning swim, and wake up to sounds of birdsong in battle with the territorial gibbon call echoing down the valley. Spend your days drifting down the river on a bamboo raft, elephant riding deep into the forest and cruising around a tranquil lake.

After a few days exploring the national park, there is nothing better than unwinding on one of Thailand’s tropical beaches. Close to Khao Sok is Krabi, a coastal province thriving with natural attractions such as white sand beaches, turquoise water and coral reefs filled with an abundance of fish making it a perfect diving and snorkelling spot. The area is distinctive because of the massive limestone karsts that jet out of the sea and the rice fields on land, creating ancient caves and waterfalls that encourage adventurous activities. 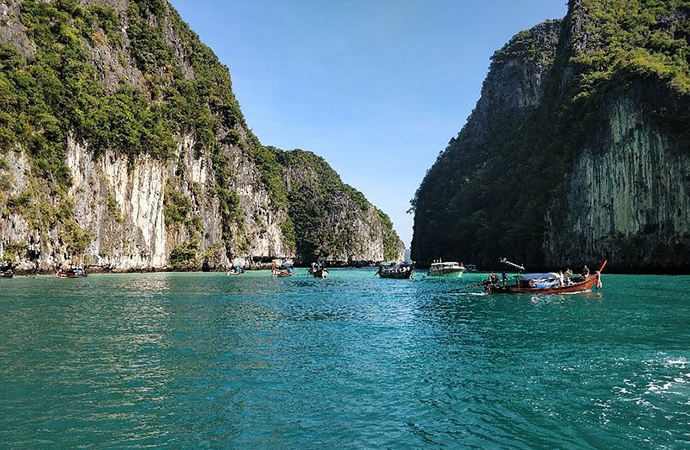 Just along from Krabi out to sea is Phuket, the country’s largest paradise island, and aside from countless beach options, it has a plethora of alternative activities including boat rides around Phang Nga Bay with its striking rock formations, tiny deserted beaches and more ancient caves to explore. Other activities include elephant rides to waterfalls, strolling around the little towns and shopping in the markets, countless water-sport options and rock climbing.

Reachable only by boat from Phuket, Koh Phi Phi is Thailand’s hedonistic paradise, with white powered sand and limestone rocks jetting up through the crystal clear waters creating hidden coves and colourful coral reefs, perfect for exploring. Today, the island has become quite populated but paradise is not lost if you know where to look. Voted one of the world’s top white sand spots by CNN Travel is Maya Beach where the popular movie The Beach was filmed. Overall, the island is a firm favourite amongst party goers, those seeking adventure and ultimate beach layabouts.

A visit to most major attractions in Thailand with Absolute Asia Tours can be catered to all levels of experiences and requests. Whatever your desires and interests in Thailand are, Absolute Asia Tours staff of expert trip planners and local tour guides have the knowledge and experiences to help you plan the perfect trip. Contact us to assist you in preparing for the trip of a lifetime, or try to customise a trip yourself.