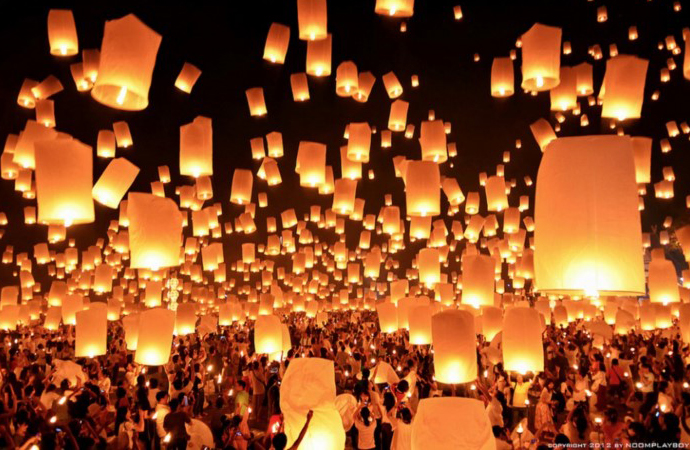 So, what’s the difference between Loy Krathong and Yi Peng, two of Thailand’s most magical festivals? Our expert explores the similarities and differences between these two spectacular holidays.

Every year, between November and December on the Western calendar, Thailand lights up in what is widely regarded to be one of the most magical and photogenic holidays in the world. Colloquially known to outsiders as the “Festival of Lights,” many travelers to Thailand plan their holidays around this period –and rightfully so! To the confusion of many, however, the Festival of Lights actually consists of two similar but distinct Thai holidays, which also happen to take place at the same time: Loy Krathong and Yi Peng.

The next question most ask is this: What’s the difference between Loy Krathong and Yi Peng?

Uninformed observers would be forgiven for not knowing the difference. Even Thais are sometimes confused between the two in terms the different history and traditions involved. Both involve beautiful incendiary holiday-making ornaments, both elicit piety and quite reflection among Thai Buddhists, and both look magnificent through the lens of a camera –that is to say that, no matter where you are in the country or which holiday you partake in, it will surely make for an amazing experience.

For those who are counting, or those who would prefer to be “in the know,” here are the key differences between the holidays.

Where to Find Them 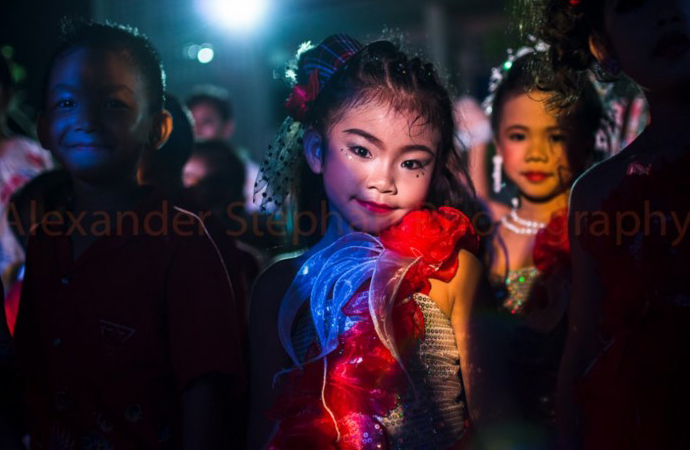 Perhaps the most important difference between Yi Peng and Loy Krathong, at least from a planning perspective, is in where the holidays are celebrated. Yi Peng Festival is only celebrated in the north of Thailand, with the most elaborate ceremonies taking place in Chiang Mai.

Adding to the already understandable confusion between these two holidays, however, is the fact that, in addition to Yi Peng, Northern Thais also celebrate Loy Krathong –which is celebrated throughout Thailand. Conversely, it’s not at all uncommon to see people launching sky lanterns in Central and Southern Thailand during Loy Krathong, either.

In other words, if you want to witness Yi Peng in all its majesty, you’ll need to head to the North, while Loy Krathong can be enjoyed anywhere in Thailand. If you’re looking to maximize your exposure to this magical festival, this certainly makes a compelling case to visit the north during the holiday period. If heading to the north is not in your plans, however, the most famous places to experience Loy Krathong are the ancient capitals Ayutthaya and Sukhothai, as well as Bangkok.

The most striking difference to outside observers between Loy Krathong and Yi Peng is undoubtedly the lanterns that are used and how they’re floated.

Krathongs (roughly translated as “floating crowns” or “floating decorations”) are handmade floats built from the trunks of banana trees or from spider lily plants. Elaborately decorated with meticulously folded banana leaves, flowers, and other ornamental implements, krathongs are impressive works of art that you can either make yourself –an experience a bit akin to carving a pumpkin, or simply shop for them at krathong launching points throughout the country (near rivers, lakes, streams, and beaches).

During Yi Peng, however, revelers release swarms of “sky lanterns” or khom loi into the air. Made of thin fabric suspended by a light frame made of bamboo, fuel cells or candles are placed into the sky lanterns. Once lit, hot air becomes trapped, causing the lantern to lift off and drift away in the wind. The result is a positively stunning and almost surreal display of flickering lanterns that seem to mystically float away into the heavens. A sky illuminated with khom loi looks fantastic on camera and in videos, but truly must be seen in person to appreciate –it’s the sort of soul-shaking beauty that everyone owes themselves at least once in a lifetime.

IMPORTANT: Yi Peng holiday goers and those wishing to release a sky lantern should do so cautiously. In recent years the Thai government has placed ever-increasing restrictions on the practice of sky lantern launching due to the dangers they pose to aircraft and for their potential to cause fires and damage.

They recently announced extremely harsh penalties ranging from a 100,000 baht ($3000) fine to the death penalty for people who fly lanterns during restricted times (before 9pm) or too close to airports (within 9km). So while you should, by all means, enjoy sky lanterns, do so cautiously and be sure to abide by restrictions placed by the Thai government. 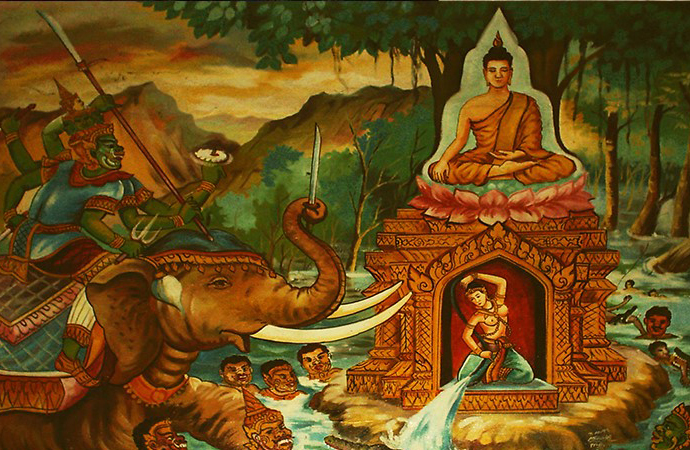 The history of Loy Krathong is somewhat complex, and nobody seems to know exactly how it originated. Some believe that the holiday originated in Sukhothai as a means of thanking the Thai water goddess, Phra Mae Thorani, for her role in abundant rice harvests and clean water. Others believe that the holiday was inspired by a story written during by King Rama III alluding to the need to advocate female role-models in society using lanterns as a means of showing solidarity with this notion.

Nobody seems to know which of these is correct. Despite the confusing history, the holiday is widely embraced by Thai people as one of the most meaningful celebrations of the year. It mostly revolves around the opportunity to make “merit” –a Buddhist concept related to Karma and doing “good” in life, and for atoning for the year’s moral missteps, as well as hoping for success in the coming year.

Yi Peng has an entirely different historical source, and is more deeply rooted in Buddhist beliefs. Again, the facts are somewhat muddled as to how the practice became entrenched in northern Thai customs. Some believe that Yi Peng originated from Mahayana Buddhism and was introduced from China. Others believe that the holiday has roots in India during the early days of Buddhism and is an allusion to a story involving a candle-carrying bird who visited Buddha, after he achieved enlightenment, and spoke with him about the value of merit-making.

According to the traditions that arose from this story, it is believed that merit-makers who pay respect to the Buddha and his famous footprint with light may be reborn in the next life with beautiful complexion, appearance, and great popularity. That said, the overall purpose of Yi Peng is nearly the same as Loy Krathong –to make merit, atone for sins, and bring forth fortune in the coming year.

When They Take Place 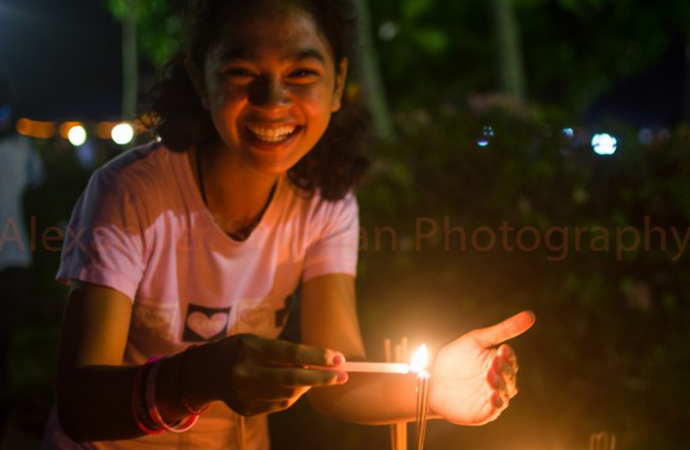 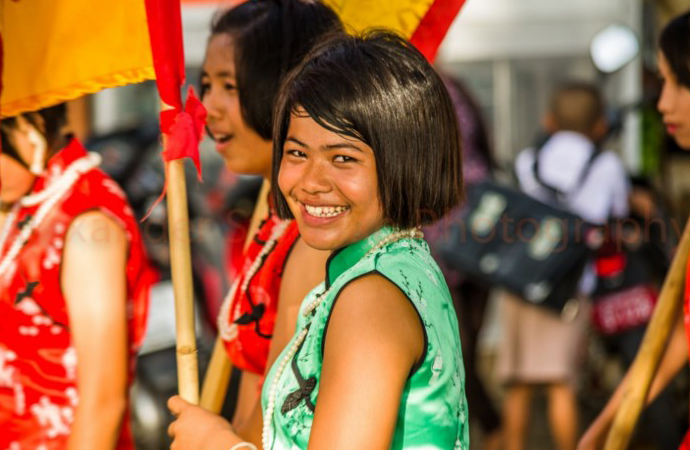 As with many things in Thailand, superstition and symbolism is abound with the practices involved with both Loy Krathong and Yi Peng.

Before floating a krathong, it’s common practice to place a number of things on the float before letting it drift off. Coins and small money are usually placed on the krathong as an offering to the Buddha and Water Goddess, and the slightly more bizarre practice of placing hair and fingernail clippings on krathongs is also common place. Believing hair and fingernail clippings to embody immorality, anger, and misdeeds, Thai’s believe that as the krathong floats away so, too, will these unenviable attributes.

Loy Krathong is often regarded by Thais as somewhat of a romantic holiday, and it is not unusual at all to see couples floating lanterns in tandem. But before you do it with your significant other, be aware of the superstitious implications! Thai’s believe that if you launch a krathong with your partner and the krathongs drift off together that your love is meant to be. The flipside of that, though, is that if your krathongs happen to drift off your relationship will be doomed to failure.

With Yi Peng, the launching of a khom loi is believed to send a person’s bad luck and misfortunes into the sky. This is particularly effective, apparently, if your lantern disappears out of view before the fire goes out –if that happens then you can expect an especially fortunate year. Alternatively, if your lantern crashes and burns before drifting off it is taken as somewhat of a bad omen –so be sure to try again if your launching attempt fails!

It’s also common practice in the North to place one’s address in the balloon or write it on the outside. If someone finds the balloon afterwards, they can claim a small prize from the launcher who will, in turn, earn merit by sharing his good fortune.

Want to experience this magical time of year in Thailand for yourself? Our travel team can create an custom Thailand itinerary as fascinating as the festival itself!