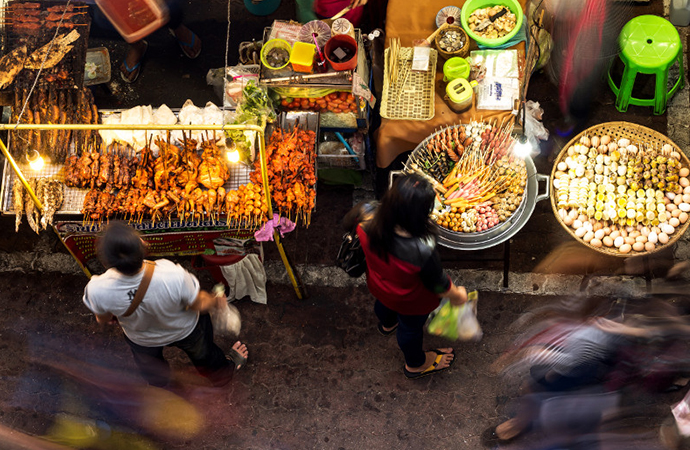 As one of the most fascinating regions on the planet, it’s no surprise the vast array of world wonders southeast Asia has. Here’s some of southeast Asia’s world record holders and wonders!

There are plenty of reasons why Southeast Asian countries are at the top of so many travelers’ bucket lists. The dizzying array of colorful cultures is enough to establish the region as home to some of the world’s most sought-after tourism hubs. With Southeast Asian cities regularly landing on travelers’ top picks for worldwide destinations each year (including TripAdvisor’s 2014 list of travel destinations across the globe), it’s no wonder that Vietnam, Thailand and Cambodia are regular “top 10” travel contenders in plenty of categories.

But when it comes to global ranking, there are a few unexpected categories that Vietnam, Cambodia and Thailand firmly hold first place. From wildlife to wilderness to words, these are the lists that Southeast Asian destinations come out on top.

The newly discovered Son Doong Cave was only uncovered in 1991 and finally explored in 2009, but since then has made headlines as the gargantuan natural world wonder of southeast Asia. Hidden within the depths of Vietnam’s jungles in central township Phong Nha, it’s a sight with a hefty price tag, but a worthy bucket list item. Deep inside one cavern could easily accommodate the Empire State Building, formed by river water’s erosion of limestone over millions of years. Its magnificent size owes to the weaker limestone collapsing under its own weight during its million-year formation, which opened up vast expanses of space beneath the earth’s surface. Now, it’s established itself as not only as Vietnam’s prime destination, but among a world wonder southeast Asia is proud to boast.

Southeast Asia is home to a host of incredible wildlife, but perhaps one of the most intriguing and downright adorable critters is the Kitti’s Hog-nosed bat, sometimes more aptly referred to as the Bumblebee bat. With a wingspan of no more than just over an inch, the Bumblebee bat is the world’s smallest mammal, and makes it home among northern Thailand’s limestone caves as well as parts of southern Myanmar. As one of the region’s threatened species, the Bumblebee bat’s population numbers are shrinking to match its tiny size, but new conservation efforts throughout Thailand’s protected wilderness will hopefully mean an upward trend in numbers soon. Meanwhile, these tiny winged creatures can be seen flying above the heads of travelers to Thailand’s outer limits.

As if the prospect of learning a few words and phrases while traveling wasn’t daunting enough, Cambodia’s Khmer alphabet is the longest in the world, boasting some 74 characters (although some are not used in modern spoken and written Khmer) made up of 33 consonants, 23 vowels and independent vowels. The alphabet is so long, in fact, that t-shirts printed with the alphabet’s graph is a popular keepsake for visitors. Although many of the sounds and structures are not used in current Khmer language, most will find some remnants of those sounds not in modern use inscribed on historical remnants like the walls of Angkor Wat.

Alongside the world’s smallest mammal, Thailand also boasts a creature on the other end of the spectrum, albeit underwater. The giant catfish, native to the mighty Mekong River which runs through Vietnam and Thailand, is the world’s largest freshwater fish, and can weigh in at a staggering 200 kilograms, or over 400 pounds. The incredible creature grows incredibly fast, and its monumental size has earned it folklore-ish stature among Thai people, who often perform rituals before fishing for it. Like many of the Mekong’s inhabitants, the Mekong Giant Catfish is among one of the most endangered fish in the world as well, and new conservation efforts have recently taken effect to protect it from overfishing.

World wonder of southeast Asia and Cambodia’s most famous destination is also a world record holder – the incredible Angkor Wat in Siem Reap is the largest religious structure in the world, housed within one of the biggest religious complexes worldwide. Combining some of Cambodia’s most famous Khmer architectural styles, Angkor Wat is part of what makes Cambodia an enormous tourism draw, and travelers to Siem Reap can pay by day or by week to roam around the stretching complex. Those looking for something a little different could opt to soar above the complex instead, with balloon rides with aerial views a growing trend among adventurous visitors.