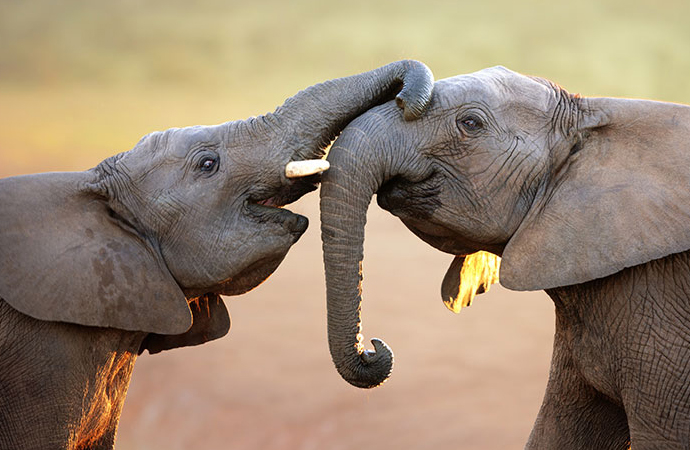 10 Dishes Worth Travelling to Thailand For in 2021

10 Dishes Worth Travelling to Thailand For in 2021

What Thai dishes taste so good they’re worth a plane ticket? Our very own Thai food addict and expert digs into what to eat in Thailand for your trip in 2021

Thailand isn’t just the land of smiles; it’s also the land of spice. Anyone who’s been to Thailand will tell you that “Thai spicy” is on a whole different level. Seriously, if you order things slightly- to medium-hot in your home country, and try the same order on the mean streets of Bangkok, you might literally be blown away.

“Thai spicy” is the kind that lights your mouth aflame from front to back, and rings through your entire being until you’ve downed a full Chang beer or two. Now don’t get me wrong. Thai food may be debilitatingly spicy, but that doesn’t mean it’s not delicious. So delicious, in fact, that I reckon you could plan a full trip to Thailand around the cuisine. (I’ve done it before and I’ll do it again.)

It may take some trial-and-error to gauge how to order your preferred amount of spice–I’m a fan of “a teeny teeny tiny bit spicy, please!”–but once you nail it, the only thing making your tongue twitch will be the pure deliciousness of the food.

Contemplating a foodie-centric trip to Thailand? We salute you. Now here are the dishes that’ll make the trip well worth your time.

We’d be remiss not to include this staple Thai noodle dish, made with rice noodles that are stir-fried with eggs and tofu, and often topped with shrimp. Seasoned with tamarind pulp, fish sauce, garlic and chilies, and decorated with a sprinkle of peanuts and lime wedges, colourful pad Thai is beautiful in looks and taste.

Our favorite renditions of this dish can be found on random street corners in Bangkok (if I’ve learned anything living in Southeast Asia, it’s that random street corner food is usually the best), but you’ll find pad Thai everywhere from the jungled metropolis of Chiang Mai to the beaches of Phuket.

Originally a Laotian dish, larb is a mainstay on menus throughout northern Thailand. Larb means “to mince meat,” and this crumbly, meaty delight gets its unique flavour from an amalgamation of spices (cumin, long pepper, cloves, and star anise), chilies, herbs, and vegetables.

Unlike some Thai dishes, which taste remarkably similar wherever in Thailand you eat them, Larb varies greatly depending on where and with whom you indulge. Rest assured, however, that both dishes contain a generous heaping of delectable meat, spices, and textures, and are devoured alongside fresh vegetables and rice.

One of the reasons Thai food is so rich and varied is Thailand’s geographic proximity to the diverse food-tastic cultures of South and Southeast Asia. A particularly salient influence on Thai cuisine comes from the Muslim community that’s streamed into Thailand over the centuries. Massaman Curry has countless origin stories, but it is generally understood as a Thai interpretation of a traditional Persian dish. Milder than other Thai curries (red, green and yellow among them), Massaman is a luscious blend of sweet, nutty and ambrosial qualities.

Owing to its Muslim roots, Massaman Curry is typically served with chicken, however, beef, pork, duck and vegetarian options can be found. The sauce is made with spices brought to Thailand from Malay and South Asian traders, from cardamom to cinnamon, to mace, which mingle with local flavours like tamarind, coconut cream, and lemongrass. Served atop steamed rice, Massaman Curry will enchant your taste buds and warm your heart and soul.

And we mean spicy. This fresh dish is made by smushing together a shredded blend of unripe green papaya, green beans, tomatoes, dried shrimp, chilies (as you wish), and much, much more–using a mortar!

The power of the mortar forces the laundry list of ingredients together so that, when they enter your mouth by way of the flimsy plastic fork, the result is nothing short of explosive. Som Tum is another dish that’s best eaten off of a roadside stand–not least of all because this lets you witness the dish being mortar-and-pestled before your very eyes.

Though undoubtedly a fixture at Thai restaurants across the West, nothing satisfies a comfort food craving like a piping hot bowl of Tom Kha Kai at the start of a Thai feast–in Thailand. As herbs play a leading role in this traditional Thai soup, there’s no place to slurp it like Thailand, where the aromatic ingredients are as fresh as can be.

This silky white soup typically features coconut milk as its base, flavoured with such herbs as galangal, lemongrass, and kaffir lime leaves, drizzled with fish sauce, and colourfully garnished with shiitake mushrooms, fried Thai chilies, coriander, and lime wedges. It’s an ideal blend of sour, smoothe, and herbaceous, and will go down easy after a busy romp through a city or a peaceful day on the beach.

Need something to wash all of this zesty food down? Look no further than Thailand’s fragrant national drink: the ever popular Thai Iced Tea. Traditionally made from strong Ceylon tea, modern variations tend to utilize more available ingredients such as red Assam tea. The rich tea is infused with orange blossom water, star anise, and tamarind seed, and sweetened with coconut or condensed milk. The result is an exceptionally delicious, sweet, and caffeinated orange concoction that’ll take some serious willpower to not finish in one big gulp.

Thai Iced Tea is the ultimate refreshment on a sweaty trek through Bangkok or Chiang Mai’s urban jungles, and is most commonly found in bustling markets’ stalls. We tend to indulge in at least two a day when exploring Thailand, and reckon you’ll do the same on your trip.

If you ask us, there’s no better street snack than a dripping skewer of grilled pork. To make it more of a complete meal, just get it with some Khao Niew (sticky rice) – Khao Niew Moo Yang is one of Thailand’s most popular budget eats. If you smell a sweet, succulent smoke rising from one of Bangkok’s many food stalls, follow your nose to what’s likely a Moo Yang stand, and get yourself one of the petite snack bags full of this quick, delicious, on-the-go Thai staples.

The BBQ pork is generally marinated in a fusion of savoury, spicy, and sour sauces, providing it a deeply enticing bite. Though it’s a common lunch option, Moo Yang is so finger lickin’ good that we can’t help sneaking it in between meals, too. Seriously, the rich, mouthwatering, juicy deliciousness of this meat should alone inspire your next Thai adventure.

We all know that breakfast is the most important meal of the day, and that mantra holds true in Thailand. Kai Jeow takes your classic French omelette and elevates it with a distinctly Thai flavour profile: umami. Using pungent fish or soy sauce instead of delicate salt, the Thai omelette is in a breakfast league of its own. In addition to the savoury fishy undertones, Kai Jeow boasts a touch of bitterness and crunch thanks to the additions of coriander and green onion.

Thai omelettes are typically served atop jasmine rice and available as a popular grab-and-go breakfast option, so forego your hotel breakfast one day and tuck into this straightforward eggy delight.

Pad See Ew may be less of a household name than its noodle rival, Pad Thai, but it’s equally worth your airline miles. Made with flat, large chunks of rice noodles that stick together in chewy clumps with the topping of dark soy sauce, Pad See Ew is a hearty dish commonly served for lunch across Thailand.

Pad See Ew draws on Chinese influence, and is quite similar to noodle dishes served in China to the north and Malaysia and Singapore to the south. A fundamentally simple dish–the noodles are spiced with soy sauce, chilies, and garlic and topped with meat, chinese broccoli, and egg–it’s no surprise that Pad See Ew is perceived as Thai comfort food. Find yourself in Thailand during rainy season? Don’t fret. Pad See Ew will save the day.

Thai food isn’t all spicy and savoury; some of the world’s best dessert dishes can be found in this vibrant country, as well. Our favorite is Mango Sticky Rice, which takes two seemingly simple ingredients and serves them together in a heavenly dish that’s greater than the sum of its parts.

The sticky rice is made with a sweet blend of coconut milk and sugar, and presented beneath an eye-catching row of sliced fresh mango. A sticky sauce of coconut milk, sugar, and tapioca drizzled atop the rice and mango brings the whole dish together under a roof of toasted sesame seeds. This classic Thai dessert is refreshing and indulgent, the perfect cap to a spicy Thai meal.

Hungry yet? Book your next adventure to Thailand today and let the life-changing feasting begin.